How To Be A Professional Magician 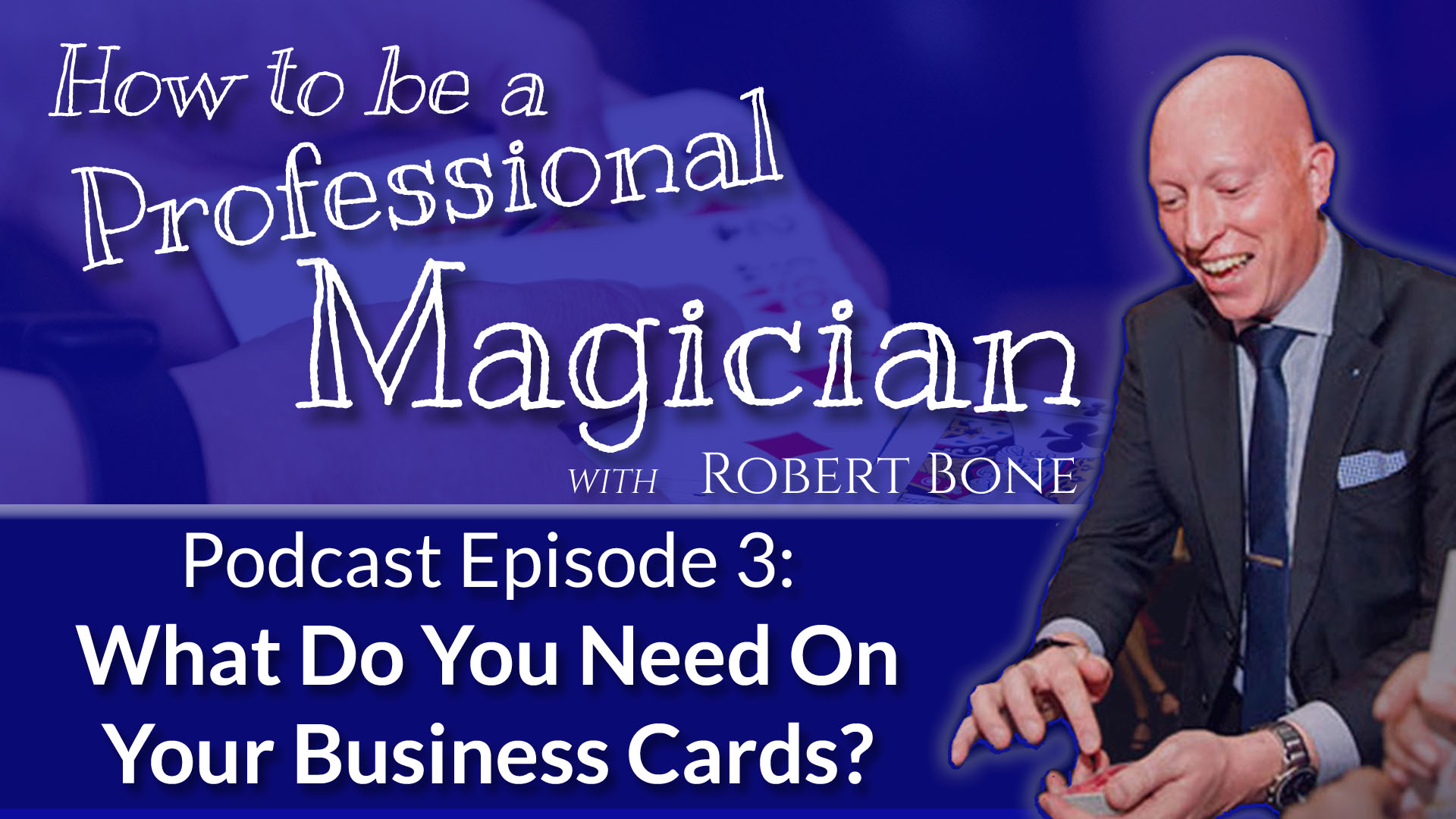 How To Be A Professional Magician, Podcast 3

What Do You Need On Your Business Cards?

In this episode we ask what information you need to have on your business cards, and what you don’t.

Having a business card is essential for giving out at events and networking. It is important to balance information with design.

Don’t clutter up a business card with information that isn’t necessary. Items to avoid putting on:

Your business cards should be of good quality, and printed on thick card stock. Professionally printed cards on thick stock have an air of quality about them – and will be associated to you.

Make sure the design of your business card is in keeping with you brand, using the fonts and colours on your other marketing material. Avoid using existing templates and graphics provided by online business card printers.

Your business card should have:

If you have any questions about building your magic business please email [email protected].

Please subscribe so you can get more weekly bite-size magic business lessons.

You can also listen to the Podcast on the following formats: 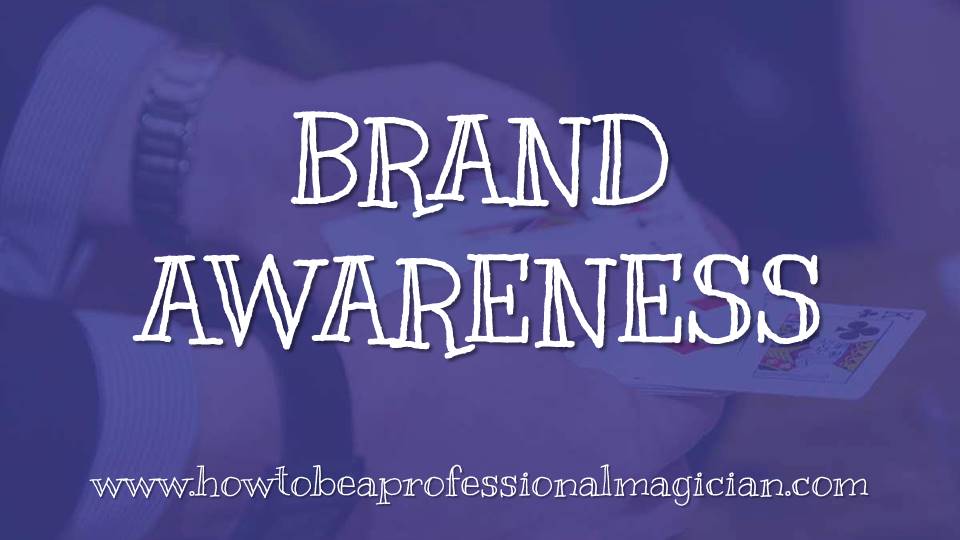 In this business lesson we cover the subject of branding yourself, and creating brand awareness.

Before you even start to think about ways to market your magic business you need to develop your brand. It is important that your brand is unique and stands out against others, so don’t just copy another magician’s style.

Your brand doesn’t need a logo, simply deciding on what fonts and colours you will use is enough to get started, and it can develop as times goes on and your business evolves.

Ensure that you come across as an expert, and that your branding looks professional and conveys the style for the type of events you want to be working at.

Use your brand consistently in all your marketing, that way it will build the awareness with the audience; meaning that they will have familiarity with you when it comes to deciding which magician they want to book. 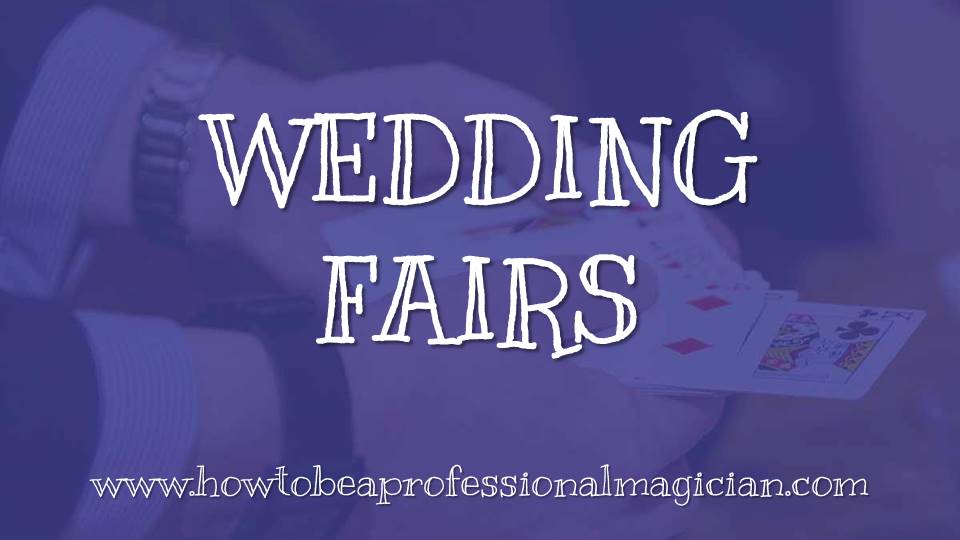 In this business lesson we cover the subject of wedding fairs.

Wedding fairs are a great way to meet brides and grooms, show them a demonstration of your magic and discuss how you can entertain them and their guests on their wedding day.

We look at the types of wedding fair and how you can choose the best one for you to attend. What you need, and what you should do whilst you are there. Most importantly, we discuss what information you need to collect from the bride and groom, and how to use that information to follow up afterwards to increase the chances of you getting booked.

I was recently asked about networking group; and BNI networking in particular, which meet once a week (usually early in the morning) so members can refer business opportunities to each other. It costs around £600 for membership for a year, plus around £10/15 per meeting to cover your breakfast. So call that about £1,200 per year. Is it worth it?

I was a member of a BNI group. I did get business from the group (and business off the back of that) which did cover my costs, but worked out that it was not enough to make it worth continuing.

If you’re a local printer and can knock out small batches of business cards for the local start-ups then you’re on a winner, but for other services I’m not sure of it’s value.

Is networking worth it for professional magicians?

Actually, it did open my network up and put me in contact with people who’s services I have used. As I had only moved into the area a year or so prior it did have it’s uses, but in hindsight I do wish I’d allocated my time and money elsewhere.

I have heard some real horror stories about networking groups though, but these are probably from people that just think you rock up and expect that you are just handed business. It is a two-way street, and you do need to put work and effort in to generate leads I know some magician (particularly in the corporate sector), who pretty much use networking to generate a large percentage of their new business.

Most groups will let you visit once or twice for free (you’ll probably still need to pay for your food though) before you need to pay to join, and it’s possible that if you do a good enough job of making yourself memorable you may be able to make some contacts who can pass business your way.

There is a full lesson on getting the most from networking groups in the Sales and Marketing section of the full course, and it is included in some of the abridged courses.

The How To Be A Professional Magician Courses cover everything you need to know to set up a business as a professional magician. The Full Course contains all the information (as well as 30 minute Skype consultation to help you get your business launched), and the abridged courses also cover business set-up.